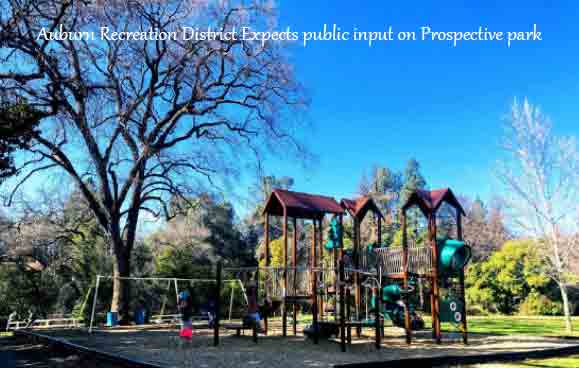 The 24-acre site, located just east of Regional Park, is a plot of undeveloped land ARD has owned since 2004 and is now planning to collect funds to turn into a park.

The property, an oak woodland and wetland, has trails neighbors use but was purchased by ARD to eventually become a park. Multiple community meetings were conducted in 2016-17 to establish a concept for the space. In May 2019, the community provided new ideas for the park.

Now, ARD wants to hear from the public on its options for the space, including whether to include a splash pad/water spray area, outdoor shower at the restrooms, smaller play structure, large central plaza and/or a native plant display.

“We are applying for Prop. 68 state funding,” ARD Administrator Kahl Muscott said. “And as we get ready to apply for that, we are refining our 24-acre site master plan.”

The ARD website provides architectural plans for these two alternatives and a survey for residents to provide rankings on selected items so ARD officials can grasp what is most important to include on this new property.

“We are asking the public’s help on these last few decisions,” Muscott said.

Britney Spears speaks out against ‘abusive’ conservatorship: ‘I just want my life back’

It Has Thanksgiving — Firing restrictions remain in Place

The ‘Veep’ reunion and script reading tonight with Julia Louis-Dreyfus