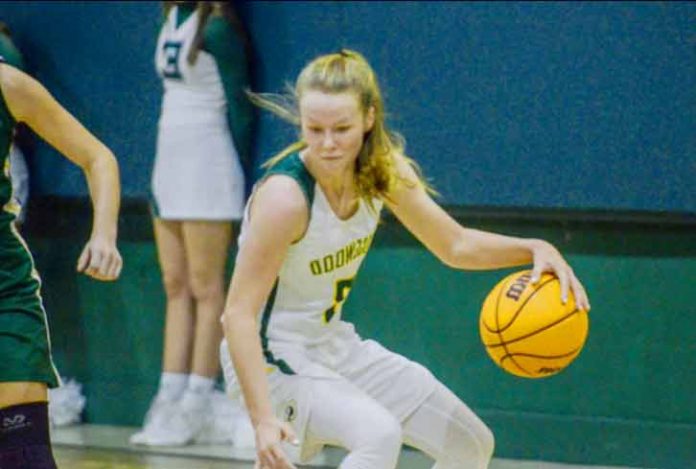 Best Elmore County Player of the Week Lindsey Brown had already made a name for herself on the basketball court before she even made it to high school after being named the Elmore County Player of the Year as just an eighth grader last season. With her second varsity season beginning this year, Brown knew there would be more attention on her which also brings more pressure on her to have success.

It has not taken long for Brown to prove she is ready to take on that pressure as she quickly topped some of her performances from last season with two strong games in the opening week to lead the Wildcats to a pair of wins. After scoring 16 in a win over Ezekiel, Brown capped off the week with a career-high 39 points in a victory over Sparta to earn the Elmore County Player of the Week.

“I’ve known Lindsey since she was in fourth grade so seeing how she has matured as a player makes it even more special,” Edgewood coach Jason Fisher said. “We knew other teams would come into games and know Lindsey Brown is Edgewood’s main threat. But she thrives under that.”

Brown showed off that mentality late in the game against Sparta as the two teams played through a marathon of a game which needed two overtimes to be decided. After making just one field goal in the first half, Brown started to heat up in the third quarter and had 13 points of her own heading into the fourth but she was just getting started.

In a back-and-forth quarter, Brown scored 17 of her 39 points to help Edgewood force overtime.

Edgewood had three starters foul out during the game so Brown had to step up even more under heavier pressure from Sparta’s defense. She delivered once again, knocking down a 3-pointer at the buzzer to force a second overtime period.

“I knew I had to become a leader,” Brown said. “I picked people up and knew I needed to step up and take over. I felt a sense of urgency.

Brown scored four more points in the final frame including a pair of key free throws to help Edgewood secure a 76-73 victory. She finished 17-of-28 from the free throw line.

“I just silenced out the crowd and focused on my shot,” Brown said.

Scoring was not the only thing Brown brought to the table in the game as her energy all over the court provided a spark on both ends. She finished with 12 rebounds and 10 steals to record her first career triple-double.

“At the end of the fourth quarter, I knew she was having a very good night,” Fisher said. “It looked like her energy level kept going up as the game went on.”

While nearly 40 points a night may not be sustainable, Fisher said he’s going to make sure Brown keeps up her quick start but he also has high expectations for the team as a whole.