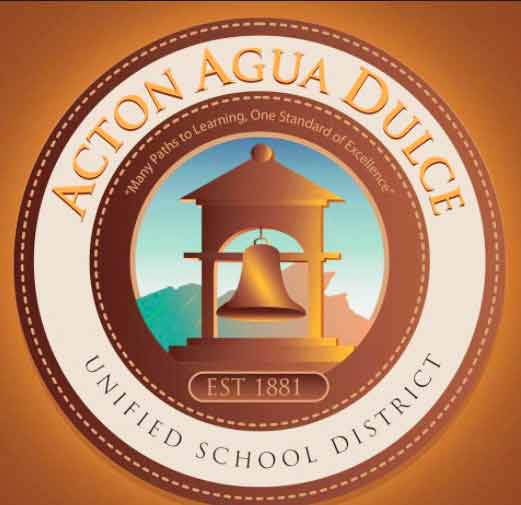 “To the best of my knowledge I think the board has done an excellent job of approving these charters in accordance with the law,” Superintendent Larry King said during a special board meeting Thursday night.

The District is down to 12 authorized charter schools.

“The decrease in charters had to do with staff, partly, holding charter schools accountable,” King said.

The District was sued in 2014 by Los Angeles Unified School District and Newhall School District, which accused the District of approving the charter petitions for the now-closed Albert Einstein Academy for Letters, Arts and Sciences as a way to raise revenue.

Acton-Agua Dulce was included in a 2017 state audit triggered by small school Districts authorizing charter schools and the revenue produced by those authorizations.

Eleven people were indicted. Acton-Acton was one of six Districts to authorize A3 charter schools. As of a result of the case, King said the District could only charge charter schools for the actual cost of oversight.

“That’s a change in the fee structure drastically different than what we’re accustomed to,” King said.

Acton-Agua Unified  enrollment dropped about 85 students during distance learning due to the COVID-19 pandemic. The District’s current enrollment is approximately 920 students. The estimated enrollment for 2021-22 fiscal year is 880 students. Enrollment is projected to drop again in 2022-23 fiscal year to 764 students.

The average loss of Local Control Funding Formula revenue for each student that leaves the District is $10,200 per average daily attendance.

“We are in a deficit spending trend, or pattern, and we have been for a number of years,” King said.

The District must maintain a minimum 4% reserve. The District kept the high ending fund balance in anticipation of losing the charter revenue, King said.

King pledged to bring the board a first interim report in December with a positive certification.

“I’m going to bring to you a budget that shows our District as fiscally solvent,” King said.

Today Breaking News COVID -19 in a time of thanks giving

It Has Thanksgiving — Firing restrictions remain in Place

Politicians COVID-19 rules passageway on the two sides of the have...