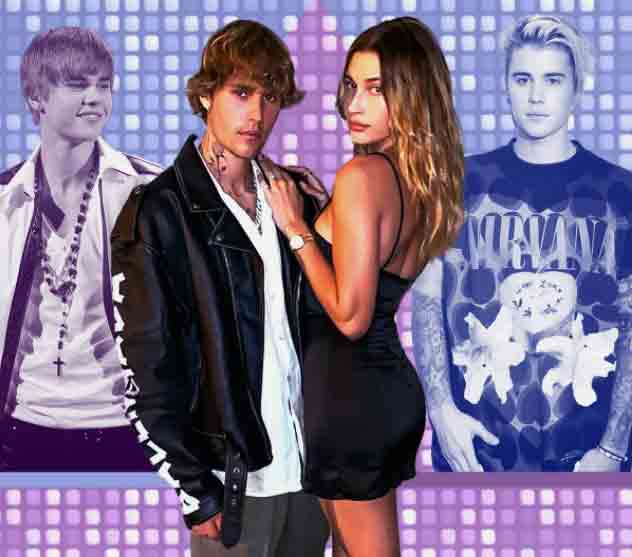 Justin Bieber has grown up before our very eyes.

In the decade since the pop singer Justin-bieber’s 10 made his debut at the 2010 American Music Awards—where he performed and won each of the four categories he was nominated for, including Artist of the Year—he’s been through it. And though he’s not been without his share of struggles (you try spending your teenage years as the biggest pop star on the planet) his career has been nothing short of holy. He’s racked up awards, obliterated records, and secured himself a passionate fan base of Beliebers who’ve stayed true as the mop-topped “Baby” singer turned into a man.

With the Prince of Pop set to return to the AMA stage on Sunday, Nov. 22, for the first time since 2016, performing a medley that includes current hits “Lonely” and “Holy,” we’re feeling a little nostalgic. We’re also wondering if he’ll bookend his decade with another Artist of the Year win.

While we wait to see how it shakes out for Bieber on Sunday night, join us for a walk down memory lane as we marvel at all he’s accomplished in these last 10 years.

When Bieber released Under the Mistletoe, his first holiday album and second studio album, in 2011, he found himself decidedly on Santa’s Nice List. The LP debuted at No. 1 on the Billboard 200 chart, making it the first Christmas album released by a male artist to ever do so. It would eventually be certified Double Platinum by the Recording Industry Association of America for selling over 2 million units.

Given the popularity of the concert flick in the early 2010s, it came as no surprise that Bieber would land himself one. And when Justin Bieber: Never Say Never was released in 2011, it broke box office records as the documentary with the biggest opening weekend of all time. Earning $73 million in the United States alone, the movie still stands as the highest-grossing concert film ever.

In 2013, the RIAA revealed that “Baby,” Bieber’s smash hit off his 2010 debut album My World 2.0, was the highest certified single of all time at 12x Platinum. Thanks to the then-novel inclusion of streaming numbers, the song surpassed Elton John‘s “Candle in the Wind 1997,” which sat at 11x Platinum. It would eventually be dethroned by another song involving Bieber, but more on that in a minute.

With the debut of “What Do You Mean?”—the lead single off Bieber’s fourth album Purpose—atop the Billboard Hot 100 in 2015, it marked the star’s first No. 1 hit. As Bieber had only just turned 21, the success of the trop-house bop made him the youngest male artist to debut a track at the top of the chart.

Two years after a somewhat challenging appearance as host of Saturday Night Live, Bieber allowed himself to be the brunt of the joke when he was the guest of honor at a Comedy Central Roast in 2015. The youngest celebrity to ever be the subject of one of the specials, he delivered in the ratings. The broadcast stands as the third-highest rated, just under Jeff Foxworthy in 2003 and Charlie Sheen in 2011.

In 2017, Bieber jumped on a remix of Luis Fonsi and Daddy Yankee‘s “Despacito,” helping propel the track to the top of the Billboard Hot 100. The success marked the first time a song sung primarily in Spanish had reached No. 1 in the U.S. in over 20 years, following in the footsteps of Los del Rio‘s 1996 hit “Macarena.” The song would spend 16 weeks atop the chart, tying the record held by Mariah Carey and Boyz II Men‘s “One Sweet Day.” (That record would, of course, be broken by Lil Nas X‘s “Old Town Road” in 2019.) The song became the first Latin song to receive a diamond certification from the RIAA, eventually going on to unseat “Baby” as the highest-certified single of all-time in the U.S.

“Despacito” also helped Bieber make another bit of history himself. Reaching the chart’s peak a week after “I’m the One,” his collab with DJ Khaled, did the same, it made him the first artist to ever notch new No. 1s in back-to-back weeks.

8. A Foray Into Fashion

Branching out from entertainment, Bieber launched clothing brand Drew House in 2019 alongside friend and former stylist Ryan Good and designer Gianpiero D’Alessandro. The collection of tees, hats, coats and stickers are all usually emblazoned with a yellow smiley face logo or, simply, the word “drew.”

When Changes, Bieber’s fifth studio album, was released in early 2020, it debuted atop the Billboard 200 chart. Factoring in remix albums Never Say Never: The Remixes and Believe Acoustic, the LP marked Bieber’s seventh to hit No. 1 in his career, making him the youngest solo artist to ever do so in the United States.

Of course, we’d bet that if you asked Bieber himself, none of these achievements over the last 10 years even hold a candle to his partnership with wife Hailey Baldwin. After years of on-off dating with Selena Gomez, he started dating the model in 2015. Though they split in 2016 and he and Gomez briefly gave their romance another shot, Bieber and Baldwin reunited in May 2018 and were quickly engaged. They got married in a civil ceremony that September, holding a lavish wedding exactly one year later.

As he told Apple Music’s Zane Lowe in February 2020, “I got the best wife in the world. She supports me through so much. I’m really honored to be her husband.”

Britney Spears speaks out against ‘abusive’ conservatorship: ‘I just want my life back’

What is Chronic Kidney Disease and How Might it Affect You?